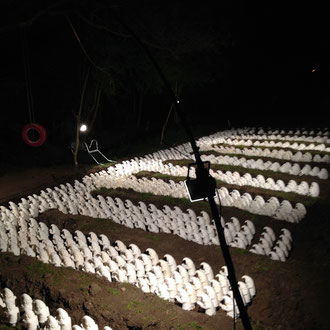 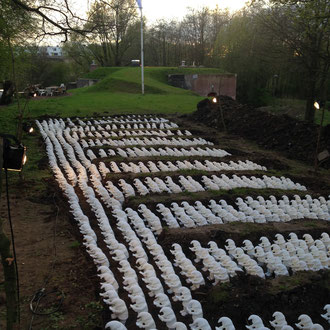 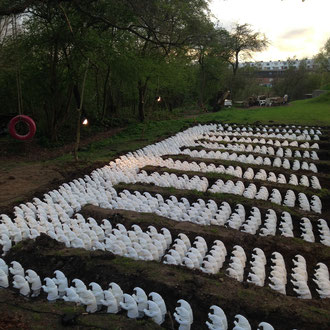 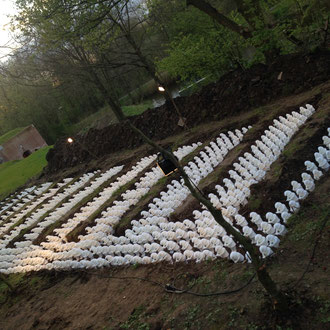 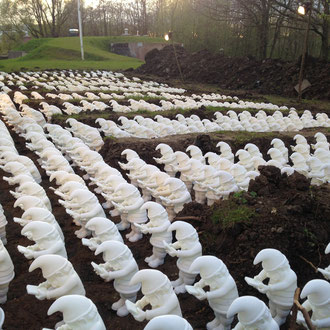 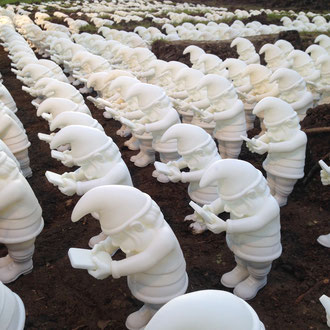 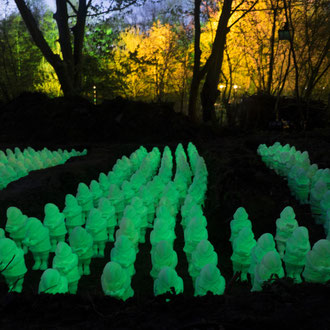 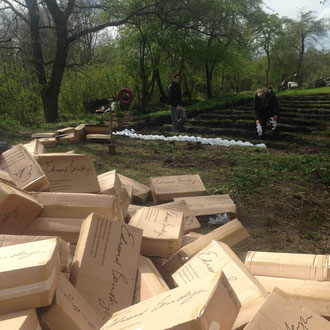 The waterline fortresses are known for their non-usage or virtuality. Thousands of stones are cemented, hundreds of soldiers were stationed and all without any ultimate goal or action. These were all objects and people in the real world, with just as much impact on the real world as completing the final level of  the game World of Warcraft; namely nothing.

A parallel to the terracotta army in Xi'an (China) is quickly made; a complete army also serving just a virtual, or spiritual purpose: to protect the deceased emperor. The installation of Edward Bernsteyn at Linie in Lichterlaaie brought a contemporary virtual-or cyber army at the waterline fortress in Utrecht that reunites the ‘unreality’ of both the army and the location.